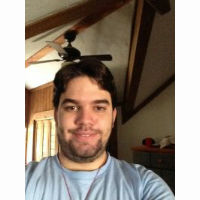 Click here to view all of gameroflight69's video games

Looking for a Gamer Girl I'm a pretty cool gamer. I like cats and dogs and hanging out whenever I'm not playing my games. I own several consoles (like 3DS, PS4, Wii U, PS Vita). Series I like are Zelda, Mario, Sonic, Okami, Super Smash Bros. Metroid, Final Fantasy, Animal Crossing, Watch Dogs, GTA, Pokemon, Tomb Raider, Fire Emblem, Persona, and Elder Scrolls. Of all the series I have, my most favorite is Final Fantasy, and the one I'm currently playing atm is Final Fantasy XIV. I like to find a girl that has similar interests in gaming as I do, even if we don't like every video game I have. It would be cool if we could introduce each other to certain games we have either heard of but never played before or never even heard of at all.