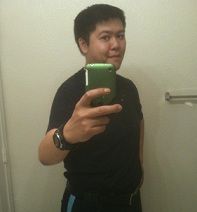 Come, adventure with me!

Despite my name, I'm not really that big of a troll. Mostly, I do it in good humor without hurting anyone's feelings....much. The usual target is an adolescent teen with anger problems. I really like to make people laugh, it makes everything more fun, especially in video games. I'm quite tall for an Asian guy, It's probably because of the growth hormones in milk products. That's another story for another time. Uhh what else, what else. Oh yes, the most important part, my gaming history! I've played every single MMO since 2002. Okay, maybe not every single one, but a few examples are: Ragnarok Online, EVE online, Final Fantasy 11, WoW, Lineage 2 and a whole myriad of others. Although RPG's are my main interest, I do love me some FPS also. I've played all of the Battlefield, COD, Halo, Doom series and all of Valve's games. Though, Team Fortress two made me rage a little big. Last but not least, since my race is known for it, I also like RTS's. However, I don't know how people micro manage like they do when I play them online. When I have 4 infantry in the first 5 minutes and the other guy already has a full base with 20 tanks, I nerd rage. For now, I am waiting for Guild Wars 2. Hm, I think that's about it for now.