Find Other Singles In
Florida! 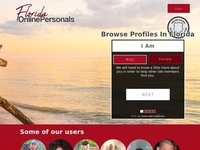 Click here to view all of jarbage's video games

I'm just a guy who's looking for someone who isn't going to complain about me spending a couple of bucks on "some old game" or someone who understands the importance of finding a save point before coming to bed. i'm a video game collector(mostly retro), a film junkie(mostly sci-fi and horror), a budding stand-up comic, and a father. my favorite games are anything action/adventure, fave systems are NES and SNES. favorite tv and movies are Star Trek, Doctor Who, MST3K, Twilight Zone, anything David Lynch, Blade Runner, anything Takashi Miike and many more. i love too read as well, mostly non-fiction, anything about science or religion and the intersection/"debate" between the 2, currently reading Carl Sagan, Bart Ehrman, David Fitzgerald, Richard Carrier. I'm an Atheist(yes it matters), a Skeptic, and ----ing handsome. i love old cartoons, The Legend of Zelda, Darkwing Duck, Super Mario Super Show, Mega Man, SilverHawks, ThunderCats. Also Tim and Eric. Some of my favorite comics are Zach Galifianakis, Kyle Kinane, Tom Segura, Doug Stanhope, and many more. i think that's a good start.

FIND Other Singles In
Florida