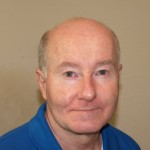 My main interest is in sandbox style games which are open-ended rather than having a set narrative. I only play PC games, but used to have a Sega Megadrive console and have a Gameboy Pocket lying about somewhere.

The games I have played recently are Minecraft, Towns, Gnomoria, Timber and Stone, Rimworld and Starbound. Still looking for the perfect game, which would probably have a little of each, lol.

I played The Sims (1) years ago for a bit, but never really got into it though I thought it was an interesting concept. Well, having viewed a fair few YouTube videos recently featuring The Sims 3, especially Island Paradise, I was surprised to see how far the Sims franchise had come. So I went out and bought The Sims 3 Starter Pack, University Life, and Island Paradise of course (so far) and I am slowly becoming addicted, lol. The scary bit is that I think my Sims are more outgoing than I am!

In addition I also have an interest in board games. I have several different Monopoly games, though mainly I like to collect the more unusual and less well known ones.

FIND Other Singles In
United Kingdom