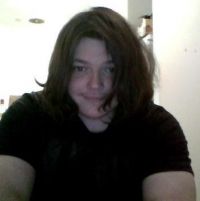 Find Other Singles In
Australia!

Looking for Someone wit Common Interests

So I've tried going on dates and dating sites before, but with little luck. I've met a few nice girls, but where it really falls flat is with common interests and relationships just don't tend to work. Basically, I'm looking for a girl who has the same passion for gaming and the culture associated with it that I do. I currently play League of Legends fairly religiously, but have previously played WoW and Starcraft 2 seriously. I'm not looking for someone who won't look at me like I'm speaking a different language when I get excited about games, esports and technology. Someone who's smart, independent, has opinions and isn't brainwashed by popular culture. Someone who's idea of the perfect weekend isn't getting hammered in a filthy club and making a complete --- out of themselves. I'm a pretty straightforward guy, I prefer to stay in than go out a lot of the time, I love movies, TV and games, obviously

I'm a bit of a freak when it comes to spelling and grammar; it's probably my biggest pet peeve. I have a pretty eclectic taste in music, I think there's good in every genre so I don' like to pigeon-hole myself. Anyway, if you've read this and you don't already hate me, hit me up

FIND Other Singles In
Australia